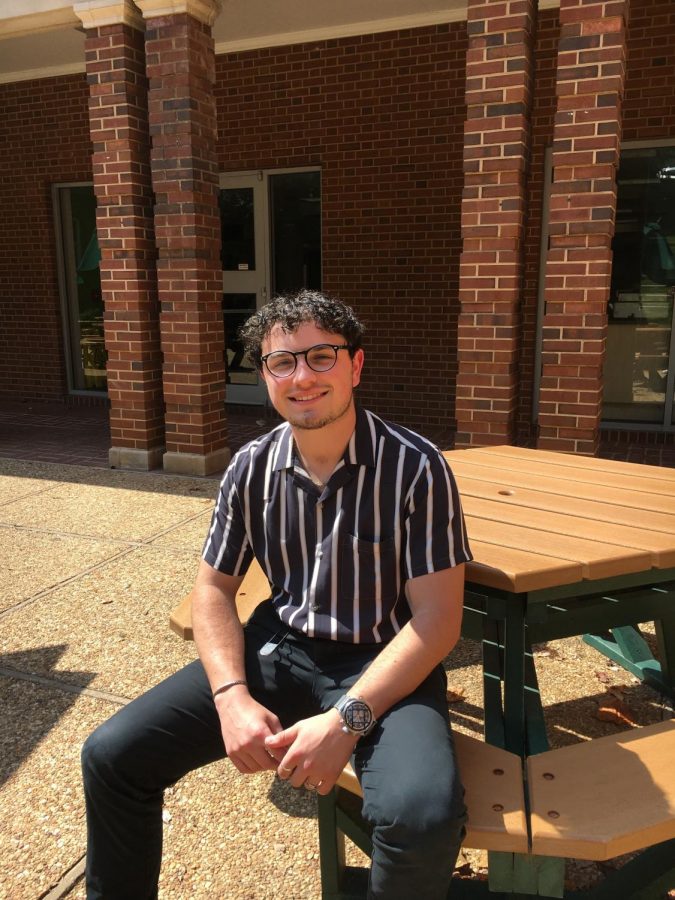 For many, the idea of musical stardom and success is a far fetched dream. However, for junior Charlie Zacks, his musical aspirations have inspired him to launch his own musical career. Zacks has gone from downloading free music software on his mom’s laptop to writing, recording, and producing his own albums.

Discovering his passion for producing music when he was just 11 years old, his music has evolved ever since.

“I started producing music the summer before sixth grade,” said Zacks. “I didn’t really have all that many friends; I was in between schools, so it was a weird summer.”

Zacks used his music as an outlet and found himself connecting to the genre of electronic music, specifically, the music released by the Monstercat record label. After first being introduced to Monstercat by one of his brother’s friends, Zacks instantly fell in love with the genre. The artists that worked with the label considered themselves to be part of “the Monstercat family.” The label drew him in and acted as a catalyst for his career.

“I thought it was really interesting that they were like a family, and I just kept listening to more and more electronic music after that,” said Zacks.

Zacks’ music has undergone several transformations since personally releasing music under two different names and redefining his own boundaries of the electronic genre. Up until Zacks was in 8th grade, he produced solely electronic music, releasing it under the name Aeris on SoundCloud.

“I didn’t even have a mic,” said Zacks “I learned how to produce and use a synth way before I learned how to play any instruments.”  Zacks released three albums as Aeris before he turned 15. He describes them all as “cinematic and grandiose.”

“It’s very movie soundtrack inspired,” said Zacks. His most recent album, released this summer under the name Aeris, is called Soundtrack to the Disappearing Plane.

Zacks’ new era of music includes instruments and vocals, having learned to play the piano at age 14. He has released the two songs “Patience” and “Slow Enough” under his full name, Charlie Zacks, on Spotify. He played guitar, drums, and bass, and produced on the two songs, which he describes as “more organic and personal.”

Not only does Zacks make his own music, but he is also an avid collaborator, having been in two bands. During his stint in his last band, Knights of Pretentia, he realized the musical chemistry he had with his bandmate, junior Jack Schaaf. The pair was in eighth grade while in Knights of Pretentia and began creating music together as a separate band in ninth grade.

“We started to realize just how well we worked together in terms of music,” said Schaaf  “So, we started a new band, just the two of us.” The pair’s band is called National Park Society. They describe their music as “pop-punk and rock,” while fellow junior Max Norman, dubbed their work, “bleach punk.” The two have taken to the name of their invented genre and affectionately use the tag “bleach punk” on their online profiles to explain the nature of their music. The pair has included instrumentals from piano to electric guitar in their music.

National Park Society’s debut album Dartmouth, is the culmination of the duo’s freshman year experiences. They released the album during the second semester of their sophomore year, a testament to how long and arduous the process of creating the album was.

“The stuff with Jack can take weeks for just one song,” said Zacks. Schaaf and Zacks also have another album they plan on releasing before their upcoming gig. They have already recorded one-third of the 18 songs they intend to have on the album. The pair has a few surprises in store for listeners.

“In some of the songs I even play the mandolin, slide guitar, or banjo,” said Schaaf. Their innovative sound got them recognized by one of their favorite bands, Hey Rocco. The grunge band, based out of Charleston, South Carolina, reached out to National Park Society to see if they would be interested in playing a gig with them. Schaaf and Zacks, along with fellow Upper School students senior Carver Partin and junior Faiz Merchant are planning on performing as openers for Hey Rocco sometime in early December.

“I’m planning on playing lead guitar and maybe some synth,” said Partin. Partin, who is a musician in his own right, will be adding to the line-up with his southern rock and country influences. The group will be well-equipped with Partin, who has played guitar since sixth grade. Partin and Zacks, who are in the Westminster men’s a capella group together, have experience performing with each other, so inviting Partin to play in the gig was an easy decision.

Partin, who spent much of the summer working on his own album, understands how difficult it is to pour out every thought and feeling into one’s music.

“When you’re recording yourself and listening to the playback, it’s really putting yourself under a microscope,” said Partin. This sentiment is something that Charlie is familiar with. After all the work Schaaf and Zacks put into Dartmouth, they still have some critical feelings toward the album.

“It was our first experience recording a full-length album, and it was really hard,” said Zacks. “We, to this day, say that we hate it.”  Making music has proven to be extremely difficult as well as very rewarding for Zacks.

Although National Park Society didn’t love their debut album, a tape company reached out to them and asked if they could create and release a set of cassette tapes and merchandise for their Dartmouth album.