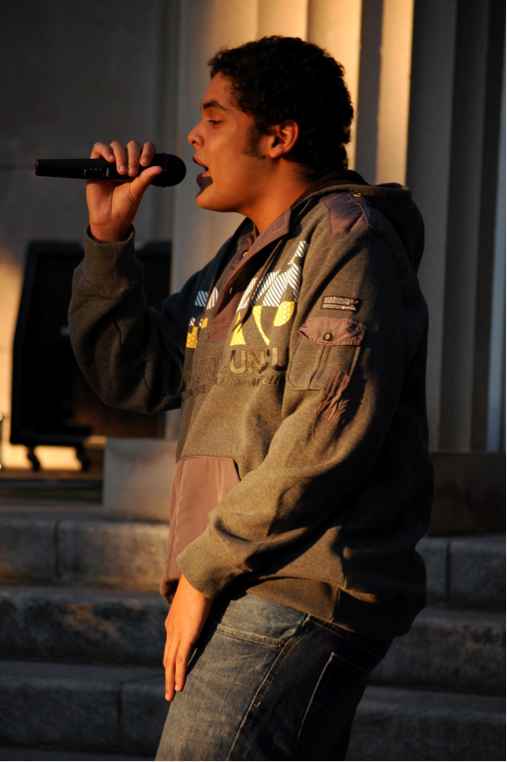 Friends, music, and food: Savor the Flavor brought all three together in a tasty recipe on Pressly patio just a few weeks ago.

Hosted by PAWS and in cooperation with the Student Diversity Leadership Council, Savor the Flavor is an annual event dedicated to celebrating diversity and unity in the Westminster community. Students and their parents bring in food of their choice to be shared with others. Many families brought in dishes representing different cultures. While the food was the focal point of the event, students also performed music throughout the afternoon in order to entertain the diners and keep the event rolling. Most patrons would agree that the true essence of the event did not lie in the music or the food but rather in the conversation that took place around the tables, as both students and parents conversed about the various cultures that were represented at the event.

“I was so happy to see everybody embrace each other’s cultures and reach out to one another,” said Priti Kohli, PAWS president and one of the main contributors to the event. “To me, that is what Savor the Flavor is all about!”

Savor the Flavor took place on Saturday, Oct. 22, on Pressley patio. In its second year, the event was able to draw a turnout of almost 250 people, all of whom came with big appetites. “We put out 300 plates initially,” said Kohli, “but it wasn’t nearly enough!”

The variety of ethnic dishes served as the main attraction of Savor the Flavor. “There were recipes from all over the United States,” said Student Diversity Leadership Council advisor Judy Osborne, “and also Haiti, India and Korea, South Africa, and lots of other places around the globe.”

One of the most well-represented cultures was, naturally, that of the southern United States. However, southern cooking was just a fraction of the food that was offered at the event. Students and parents brought in everything from Jamaican jerk chicken, to traditional Greek pita, to Indian curry. The central theme of diversity became clear just by looking at the plates of students after they had gathered all of their food.

In some cases, students would accidently stumble upon odd food combinations, such as curry and mac-n-cheese, due to the overflow of various sauces and foods into each other. This overflow only reinforced the central theme of the event of bringing different cultures from around the world together. Unsurprisingly, many of these accidental combinations, such as tikka masala and Spanish rice complemented each other perfectly, as many students discovered.

“Even though it was all amazingly tasty,” said junior Cornelius Chandler, “I would have to say that my favorite dish was the Chicken tikka masala that [junior Mihika Kohli] made. It was unbelievable!”

Chicken tikka masala is a spicy, creamy Indian red curry dish that is usually served with jasmine or another Indian style of rice. This dish was just one of the many concoctions from Asian countries.

“Savor the Flavor,” said junior John Brewer, “was a lot like a cross between an Open Mic and Homecoming.” Brewer played drums with his alternative rock band, Aftermath, during the event.

Another musical sensation, junior Jonathan Velasquez, won over the almost 250 people in attendance with his original rap songs.

“The more I started to perform, the more I saw that the crowd was vibing to my songs,” explained Velasquez, “so it just got easier. The crowd and I really played off each other well.”

Although the event was centered around food and music, both Kohli and Osborne easily admit that their favorite part of Savor the Flavor was watching people from all different cultures come together and bond over traditional meals.

At the end of the day, the event was able to achieve the goal of inspiring new conversation and ideas between students and parents of all different backgrounds, as tables were filled with diverse groups of people all talking, eating, and enjoying an afternoon at Westminster.