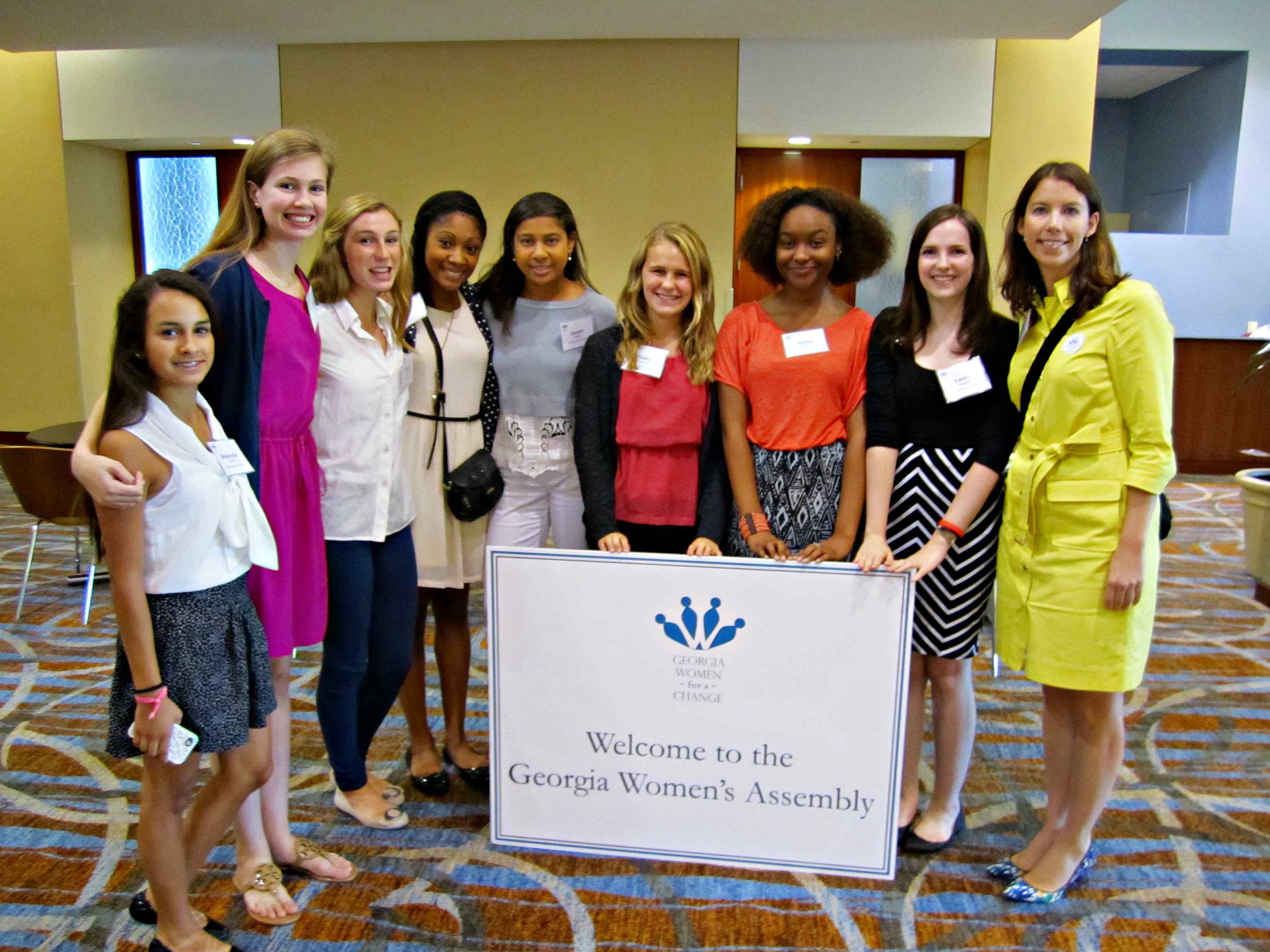 While most of the Upper School students spent Homecoming Friday enjoying cotton candy and peer rock bands, eight girls and Frances Fondren, dean of girls, spent the day discussing women’s issues with other women from around the state.

The twenty-third annual Georgia Women’s Assembly, held on Oct. 18 in the Loudermilk center in downtown Atlanta, was the meeting place for women of all races, shapes, faiths and backgrounds. The theme of the day was “What Women Want,” and that phrase wove its way through the dialogue of the day.

“The highlight was attending the seminar on bridging the gap across race, gender and class,” said senior Ayanna Fennell. “I thought it was incredible how women of all ages from all different races- black, white, Asian- could have a honest conversation about topics that are generally considered taboo. No one was afraid to stir up controversy so we really got to the root of some of these difficult problems.”

Despite missing a Friday of school spirit and pep rallies, the attendees thought the conference paid off.

“I decided to go because I was really excited at the possibility at attending seminars focused on empowering women,” said Fennell. “The situation of Georgia women is pretty bad right now, because the state received an ‘F’ [according to the Center for American Progress]. The opportunity to be a part of that change really connected with me.”

As part of her talk, Georgia State Representative Mary Margaret Oliver discussed a black-and-white photograph of her as a child with a baseball bat.

“It’s a little cheesy,” said Oliver. “It’s ‘going to bat for Georgia.’ But the real significance of this photo for me is I want to compete. I want to play. Where’s my chance to compete?”

The final woman to speak in the panel was Amoni Thompson, a student at Spelman College who was there to represent the younger generation.

“This marks the movement between high school and college for me,” said Thompson. “As you can see, I have an Afro. That was a pivotal moment as well because when I cut off my hair, the women in my family could not take it. That was me also understanding constructs of beauty, and understanding what it means to us and how it has been portrayed to us.”

After the panel, the group of nine women split up to go to two separate seminars: one on sex trafficking, another on gender and race.

“I consider myself educated in the field of sex trafficking; however, a lot of my knowledge is how it works globally, specifically in third world countries,” said sophomore Haley Vincent, co-president of the Global Women’s Club. “The sex trafficking workshop I attended gave me a much greater understanding of exactly how the system works in Atlanta and some great non- profits that are working to eradicate trafficking.”

The speakers at the workshop were Sharon Joseph, the director of YouthSpark who spoke at the sex trafficking assembly at school, a representative from Out of Darkness, an Atlanta organization working to end trafficking. After a brief break, some of the group broke off to attend another seminar.

“At the GWC, I attended a workshop called ‘Women Want a Better Life’ focused on issues that have not impacted me yet for example, women’s healthcare and salaries,” said sophomore Dana Harvey, another co-president of the Global Women’s Club. “I knew that depending on the workplace, healthcare would more accessible in some areas than others; however, I was unaware of the struggle each day to obtain quality medical care during all phases of women’s lives, from adolescence to pregnancy to beyond.” Speakers talked about how women in congress are working to maximize healthcare availability for women.
With such powerful speakers and thoughts shared at the conference, the group  went home filled with ideas and motivations to make a difference.

“Sometimes I feel so hopeless because there’s so much to be done in the field of women’s rights and I’m only one person,” said Fennell, “but attending the Georgia Women’s Conference made me realize that so many other women have the same dream as I do.”