Alum Will Benson signs with MLB 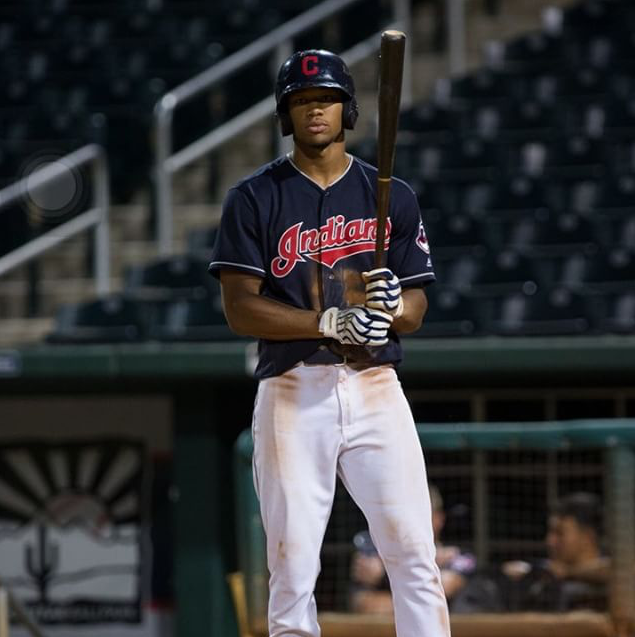 The varsity baseball team won the state championship this past May, defeating Westminster’s bitter rival, Blessed Trinity. The season drew attention not only from Westminster students, but also from MLB scouts. These scouts were there for one reason: to watch the best high school player in Georgia, Will Benson. With the14th pick in the 2016 MLB draft, the Cleveland Indians selected Benson to play for their team.

Benson will join the likes of perennial all-stars Jason Heyward, Billy Butler, and Jose Fernandez, who were all drafted 14th overall. The Indians, who recently won the AL Central division, have had minimal production from their outfielders and drafted Benson to fill this void. While he still needs to progress through the minors, Benson could play on one of the best MLB teams in a few years.

Scouts have drooled over his power, arm strength, and speed, but coach Chad Laney got to see a different side of him.

“Will wanted to be the best, he was very coachable, and he always wanted more fly balls and batting practice,” said Laney. “He is very relentless about improving his craft.

”Scouts flock to many major baseball high schools in Georgia, but this year, they flocked to our campus.

“We had scouts at every single event of the season. There was always someone watching Will, ”said Laney. “Sometimes just one or two scouts would be there, other times as many as 50 would show up.

”While highly touted professional athletes are notorious forgoing on spending sprees when they get drafted, Benson plans to be more frugal. In an interview with MLB.com, Benson said that with his first paycheck he plans to give money to his church, get something for his parents, and give money to his high school, as well as fund a baseball facility for kids.

“The greatest thing about Will is his personality. Most adults, let alone 18-year-olds, that have the opportunity for pro sports, are not the most well-liked player on the team,” said Chu. “Will is the exception. He always greets you with a smile on his face, talking to everyone.”

Almost everybody on the baseball team has a favorite Will Benson moment. Laney remembers a monster home run that he hit in a game at Therell, but Chu remembers another facet of Will’s personality.

“My favorite Will Benson moment was definitely when he told me ‘We make our own luck,’” said Chu. “Or when he hit a ball all the way over the trees in [batting practice].

“Scouts showed up for the games since the beginning of the season,” said Chu. “Towards the middle of the season, upwards often scouts would be in attenda ncejust for Will’s batting practice, all with their handheld video cameras.

”Benson had ups and downs playing this summer in the Arizona rookie league. Benson did hit 6 homers in 160 at-bats, but hit just .209, and struck out almost 40percent of the time.

“There were a lot of highs and lows in Arizona,” said Benson. “The good thing is with the lows, I faced the challenge with a concentrated focus on getting better and smiled.

”Moving up to the majors, even for stars, is a long process. Most players play in the minors for at least three to four years before they move up to the Majors.

“My hardest challenge has been to settle down and realize that I might not play the next day,” said Benson. “There is a process, and I tend to want to move too fast.”

“Developing somewhat of a routine and mental approach to the day and games allowed me to mature as a young man and athlete,” said Benson. “It helps me to move in the right direction and correct my mistakes.

”Thanks to Benson’s exceptional play, the baseball team upset Blessed Trinity in the state championship.

“We had incredible senior leadership from all 11 seniors, and we had some special players who were fantastic under pressure,” said Laney.

While the baseball team won the state championship in dramatic fashion, it had its struggles during the regular season, which the team overcame.

Benson left Westminster with more than a diploma and a state championship.

“In high school, I learned how to be a leader and bring the necessary energy to get a team on the same page,” said Benson. “My favorite memory was the journey to the championship, and the feeling afterwards when we beat all the odds that others placed on us.”