One person killed. Fourteen others injured. The aftermath from the car that hurtled into a crowd of counter protesters on Saturday, August 12, in Charlottesville, VA, left Americans with difficult questions to answer about history, monuments, current race relations, and white supremacy. The suspected driver of the car that caused the crash, James Alex Fields Jr., was charged with the second-degree murder of Heather D. Heyer, the victim killed in the crash.

Earlier that day, the “Unite the Right” rally, a group of demonstrators consisting of armed white nationalists and alt-right activists, gathered in Emancipation Park to protest Charlottesville City Council’s  removal of a Robert E. Lee statue. Later, counter protesters arrived to march against the rally. Conflicts escalated as the two groups collided, and before noon, Virginia governor Terry McAuliffe declared a state of emergency for the city. Around two hours later, Fields drove his vehicle into the group of counter protesters, leaving Americans and people around the world in disbelief and astonishment.

“I can’t say that I was shocked, because these types of things have been happening so frequently, recently in this country,” said Haynes, the creator of BRIDGE, a club at Westminster for discussing current events.

Because of the deep divide in America’s current political climate, a disagreement between two sides can too easily result in an outbreak of violence. To avoid bloodshed, some say the counter protesters should have held their demonstration elsewhere, away from the “Unite the Right” rally. Senior and leader of young conservatives Peyton Kendall doubts the ability of protests to even enact legal change. To influence lawmaker decisions, he believes that activists should directly contact their representatives and vote for those who support their views.

“I don’t personally know how effective protests really are,” said Kendall. “They’re a good publicity show, but besides that, I don’t think you’re going to change lawmakers’ decisions because you hold a rally in their city one day, unless you get the sufficient media support to really drive home your point.”

The city government declared the rally an “unlawful assembly” as tensions from the two sides escalated to violence. Still, even before the counter protesters arrived to the scene, many believe that the original intentions of the “Unite the Right” rally protesters were far from peaceful. During the march, the group carried torches and weapons, while chanting Nazi-era slogans like “blood and soil” and “you will not replace us.” The protesters’ violent and divisive manner of assembly raises questions over public safety. Consequently, the Charlottesville police force received backlash for insufficient police intervention. Haynes argues that the police’s late response reflects an underlying racial discrimination in America’s law enforcement system.

“I take great issue with the fact that there were white men, with weapons, chanting threatening things, and the police presence wasn’t extremely heavy,” said Haynes. “I feel like if black men were out protesting with weapons, there would be an extreme amount of military presence with the police force.”

To add to the racial tension, the protesters were marching in opposition to representations of an older and earlier form of discrimination – slavery. For the counter protesters and their supporters, the statue of Robert E. Lee, the main Confederate general in the Civil War, represents a history of Southern slave ownership. A statue, to them, is a type of monument – a tribute made to honor a person or a concept. Therefore, they argue that in keeping the statue in Emancipation Park, Charlottesville is honoring slavery and racism. Instead of a monument or symbol of slavery, however, to Kendall, the statue of Robert E. Lee represents the losses Virginians suffered during the Civil War.

“It’s not necessarily a monument to me as much as a memorial,” said Kendall. “A lot of Virginians died for Virginia, so I think Virginia has the right to honor their dead. I don’t think they’re necessarily celebrating the cause they died for, but just the fact that they died for their state.”

Kendall thinks that many people in favor of the statue removal do not taking into account the other causes for which the South fought in the Civil War, which include the boundaries and rights of federal and state government, and heavy tariffs on imports and exports. Old Testament teacher Mr. George Berry claims that Robert E. Lee tried to heal the wounds of the nation after the Civil War and would not have condoned the “Unite the Right” demonstrators.

“Believe me, if I honestly felt like those Confederate statues stood for racism and segregation, I’d be the first to want to take them down,” said Mr. Berry. “But I just simply feel like it was more complex than that.”

Berry believes taking down these statues prevents future generations from understanding the statues’ complex history and creating their own interpretations of its meaning.

“In a way, when you do that, you’re depriving future generations of something,” said Berry. “You’re assuming that they’re going to interpret history the same way you do, and they may not.”

“I think monuments like that are meant to sort of preserve history,” said Cann. “While, yes, they weren’t on the right side, necessarily, from where they were fighting, you still have to be able to learn from everything that went on in the past.”

On the other hand, ninth-grade English teacher Jack Morgan argues that as long as the government keeps the press and the flow of information free, it is impossible to erase history. In addition, he believes that debates like these over the ramifications of statues and of the complexities of their history actually help people to learn history and its impact on modern society.

“Let’s include all the conversation of history; why was the statue there, what did the people who the statue memorializes represent, how is that related to that three to four century long sin that is at the center of our culture that we are really reluctant to talk about,” said Morgan. “If we want to have a whole conversation, we actually can learn history.”

The historical context of the statue itself constitutes an important part of its significance. The Robert E. Lee statue was erected in 1924, during the increasing implementation of Jim Crow laws that promoted racial segregation (politifact.com).

“It was a scare tactic. People during that time were trying to send the message across that, ‘[Slavery] might be over, but we’re still in control,’” said junior Mackenzi Stewart.

Haynes thinks that “Unite the Right” demonstrators evoked the same messages of white supremacy and discrimination as during Jim Crow, but instead of being fearful, she has found strength within her community amidst adversity.

“I don’t want to say it’s instilled fear within me,” said Haynes. “Of course, white supremacy has a history of instilling fear into black people, but I feel like black America is so strong and so powerful, that when I see these white supremacy incidents… It’s disappointing, but it’s definitely not scary.”

In fact, though people like Haynes do not condone the messages and actions of the “Unite the Right” rally, to them, silencing other voices – no matter how different from their own – only hinders a chance for growth.

“When people are honest and sharing what they really feel, that’s an opportunity for change,” said Haynes. “I’d rather have them speaking up than just staying at home and believing these things but not sharing them, because then that’s going to give us a false sense of progress.”

Despite the opportunity that events like Charlottesville give for discussion,  many students feel that these conversations are lacking at Westminster. In the interest of maintaining an appropriate learning environment, some teachers prefer to keep politics out of the classroom. Haynes believes that discussion about current events in the classroom gives students an opportunity to appropriately express their opinions, and taking away that discussion only contributes more to political tension on campus. This need for a safe discussion space prompted Haynes to start BRIDGE, a club where people of all backgrounds and political beliefs can discuss current events.

“I definitely think that if there was that safe space, that could help build our community stronger together at Westminster and lessen that hostile, awkward tension in between the students and even the teachers,” said Haynes. “Our generation has a lot of power in today’s political climate. [Open discussions] help us realize Even if we disagree with other people in our community, it’s still a community because we’re still sharing with each other and we’re still respecting what other people believe in. 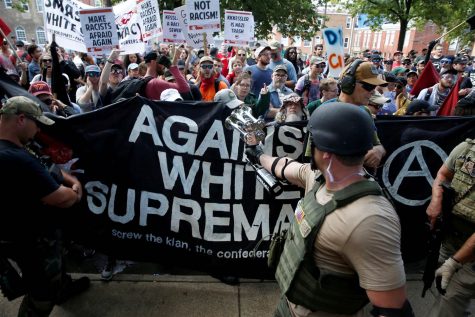 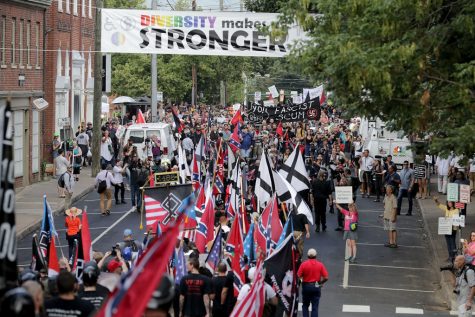 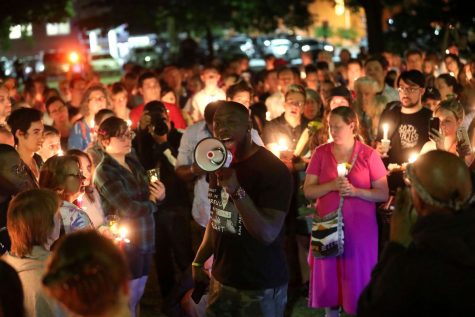