“Our current project [is] actually the first time a [high school] chapter of the national Circle of Women organization has taken on their own project,” said junior Jessica Lao, a leader of Westminster’s Circle of Women chapter.

This year, they will be raising money to build a crucial second and permanent dormitory in Calca, Peru, where they had previously just been renting the space. They will be working with Sacred Valley Project, or SVP, a nonprofit organization that works out of Ollantaytambo, Peru to provide housing and tutoring for girls unable to receive a proper secondary education on their own. The current dorms in Calca and Ollantaytambo both host 18 young indigenous girls, but SVP is looking to expand.

60 percent of girls in the Sacred Valley region of Peru are unable to finish their secondary school education. From the perils of walking up to nine miles in dangerous territory to being unable to speak Spanish, many hardships fall to these girls to be able to get to school and learn each day. Peru is a country on the west coast of South America with the highest proportion of indigenous people in the whole continent. It has one of the fastest growing economies in the past decade, with an average growth of 5.6 percent. Over the course of those years, the poverty rate has had a sudden decline, falling about 9.6 percent from 2009 to 2014. Despite this, the gap in economics and welfare between indigenous and non-indigenous people are still as high as they have ever been. This is due to a history of racial discrimination against indigenous people that deprives them of the same employment and welfare opportunities given to non-indigenous people. As Peru’s economy grows, indigenous people, and their young girls, are being pushed aside and left behind.

Sacred Valley Project is partnering with Circle of Women to help raise money to build more dormitories and afford more accommodations for these girls. Senior Frances Mize, co-president of Circle of Women at Westminster, discusses the total cost of the project and what it took to get there.

“The overall cost of the project for Circle is about $20,000, and Westminster chapter is responsible for about $15,000,” said Mize.

The other $5,000 would be provided by other Circle of Women chapters. This amount of money is a significant departure from last year, where the goal was only $5,000. The leadership of the club is still drafting potential ideas to raise the money needed, but they have already reached out to a Westminster community staple to help in their endeavor.

Other potential ideas for fundraising include the annual mother-daughter brunch, a 5k fun run, a social media campaign, and applying for grants from companies such as Rotary, A Million Matters, and Atlanta Women’s foundation. When Circle of Women reaches its fundraising goal, the money provided will be used by Sacred Valley Project to build a second dormitory in Calca, Peru and a computer lab equipped with new computers and additional tutoring staff. The funds will also cover additional costs for the next three years.

“After the construction is over, Circle will continue to fund the Wi-Fi and tutoring fees,” said senior co-president Elisabeth Maxwell.

Circle of Women will be paying the bills and the women who tutor the girls until 2021, when they will pull out and hand over the fundraising portion to one of SVP’s long time partners, She’s The First. Even though in the future Circle will no longer be funding SVP, they still hope to keep in touch with the organization and the girls they have helped.

“Hopefully in the future we’ll have volunteer groups go down and stay with the girls and have that in-person connection that Circle of Women has never been able to have before on such an intimate level,” said Maxwell.

Sacred Valley Project focuses on two different ways of helping these girls: access by proximity to school so their commute is shorter and not nearly as dangerous and access to the curriculum by helping them learn Spanish so they can get their secondary education. Faculty advisor to Circle of Women Liza Cowan explains some of the challenges facing rural girls, and how Circle will help them.

“The project is in the Sacred Valley region in Peru, where girls come into urban areas to go to school from farming villages,” said Cowan. “In the farming villages they speak primarily Quechua, but the schools that they go to in the urban areas are in Spanish … [SVP] realized once they got the girls there is that actually the language barrier is huge, so the girls have trouble actually accessing the curriculum. So part of Circle’s intervention is going to be to help expand a tutoring program to help the girls with their Spanish language acquisition so that they can actually have a meaningful secondary school experience.”

Lao explains that these housemothers have especially impacted the girls, and with the tutoring provided all of the girls have graduated.

“[The housemothers] are kind of like counselors or live in RA’s or parents,” said Lao.

Even with the dormitories in Calca and Ollantaytambo and the tutors provided for the girls, it still wasn’t enough, so Sacred Valley Project drafted a project called the Open Doors Initiative, which expands their program to allow low-income girls from urban communities in the Peruvian Andes who are not currently boarding with SVP to receive the same tutoring as the boarding girls. SVP’s commitment to indigenous young women’s education drove the leaders of Circle of Women at Westminster to choose this particular nonprofit to partner with. Mize explains how Circle of Women arrived at their project proposal.

“We started broad, and we knew we wanted to be in South America because Circle had never done a project there,” said Mize. “We started to research education and gender disparity in various South American countries, narrowed in on Peru, did a bunch of statistical research, and started reaching out to nonprofits that were working in the female secondary education realm. We would have these extensive meetings with these nonprofits, and ultimately narrowed it down to SVP.”

The mission statements of the two establishments were aligned so closely that the leaders of Circle of Women felt an instant kinship with SVP and knew that they were the organization that they wanted to work with on this project. From there, Mize and Maxwell began to work with the director of project development at Circle of Women, Elena Conde, on their project proposal.

“We had to present [the proposal] halfway through June to the management teams of Circle on a phone call,” said Maxwell. “It passed that, then we had to wait for it to be passed by the board, and we were also waiting on the supplementary information of the budget, then finally, in mid-July, it was passed. There was a month waiting period between the [management team] call and when it was passed by the board.”

After the proposal was approved by the board, Westminster’s chapter of Circle of Women officially became the first high school chapter to create and implement their own project.

“What [Mize and Maxwell] did is really really amazing,” said Cowan. “I mean, it’s amazing when juniors in college do what they did, but for them to be doing that as juniors [in high school] while taking AP’s and playing sports, it’s incredible.” 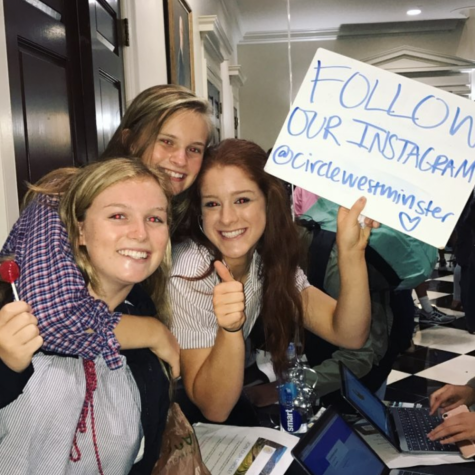 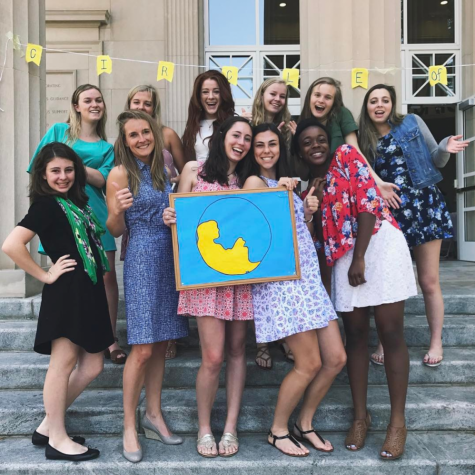