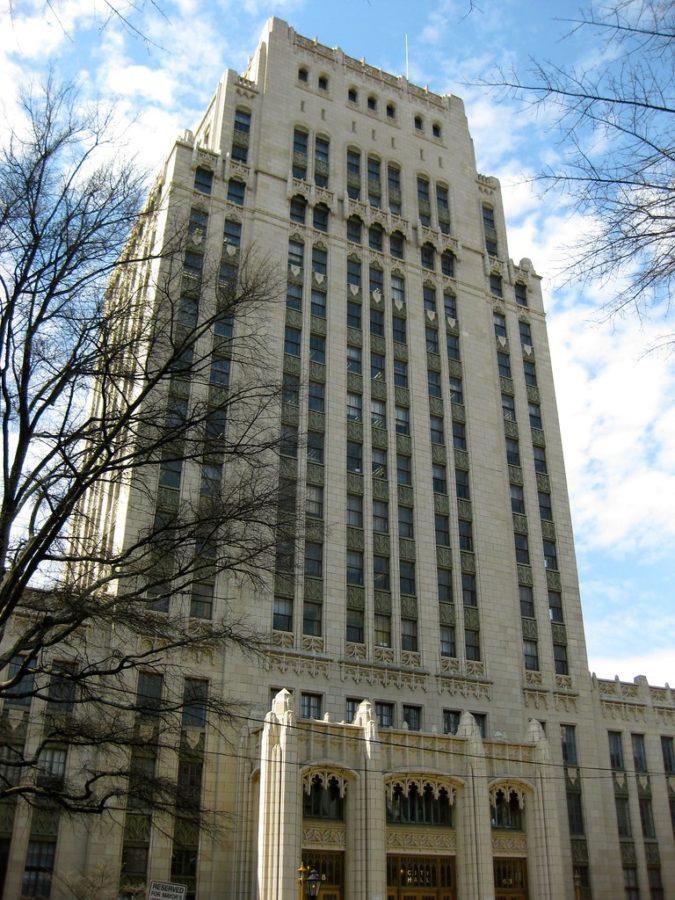 The 2021 Atlanta mayoral election was without an incumbent—the previous mayor, Keisha Lance Bottoms, did not run for reelection. She is the first mayor of Atlanta not to run for a second term since World War II. The two leading candidates were Felicia Moore and Andre Dickens, both in the Democratic Party. Moore and Dickens placed first and second, respectively, in the Nov. 2 general election, advancing them to the final mayoral election runoff. Dickens was declared the winner in an upset on Nov. 30, winning 62 percent of the vote.

In the initial election, Moore had 41 percent of the vote while Dickens had 23 percent, which meant Moore was favored to win the runoff. However, incumbent Keisha Lance Bottoms endorsed Dickens and his campaign, which helped turn the tide.

“The impression that I get is that Felicia Moore is the front runner,” said Brooks Batcheller, a U.S. history teacher, before election results were announced. “I think the combination of seeing her progress up to city council president and the fact that she’s running for mayor without an incumbent to challenge her has probably given her a lot of power.”

Both campaigns focused on crime as a main issue, although they also addressed issues such as affordable housing scarcity, the COVID-19 pandemic and related issues, the Buckhead City movement, zoning, infrastructure, public transportation, and the future of the city jail.

One of the reasons why crime was such a key issue in the runoff was because of the rising crime rates in the city of Atlanta. According to data released by the Atlanta Police Department, homicides have increased from 99 in 2019 to 157 in 2020, which is a 62 percent increase, compared to the 30 percent increase for the U.S. as a whole, and the highest number the city has seen in the past twenty years. Furthermore, Atlanta has more crime than 94.7 percent of the cities in the U.S., and, since the pandemic, has seen an increase of 23 percent in violent crimes. In fact, compared to Chicago, a city that has 2.6 million people compared to Atlanta’s 500,000 people and is known for its high violent crime rates and gang activity, Atlanta had 626 aggravated assaults while Chicago had 578 in 2020. Chicago also had 160 robberies while Atlanta had 255. These statistics show why crime and the measures taken to prevent crime and respond to it were such key issues in the mayoral election.

“As I understand it, both Ms. Moore and Mr. Dickens are in favor of increasing the number of police in Atlanta, and I think that is a wise position to take,” said George Berry, a faculty leader of Young Conservatives.

Another main issue that both Moore and Dickens addressed often on the campaign trail was the COVID-19 pandemic, although they have similar responses to the issue. In an article by Atlanta magazine in October, Dickens was quoted saying “If the Delta variant or other variants are still an issue next year, then I would consult with the CDC and health experts to determine the best course of action forward. We know the impact of vaccines, masks, and shutdowns, and I will implement the policies deemed best to keep our community safe and healthy.” Moore also stated that she would do whatever the CDC said is best to keep the community safe during the pandemic, but seemed a little bit more hesitant to shut down businesses for a lockdown, saying, “While securing public health is a top priority for any mayor, I believe we have to give our residents and businesses a chance to pivot.” Both Dickens and Moore say that they will do whatever the CDC recommends for public policy to keep the Atlanta community safe.

Neither Moore nor Dickens supported the Buckhead City movement, a movement run by the Buckhead area to make Buckhead its own city and separate from Atlanta. Dickens stated that a Buckhead-Atlanta divorce would be an “unnecessarily expensive one” and claimed that it would cost the Atlanta public schools system millions of dollars. One of the reasons why the Buckhead movement exists is because of the high crime rates in the Buckhead neighborhood. The leaders of that neighborhood believe that separating from Atlanta and becoming their own city would allow them to get their own police department and thus reduce crime rates in their area. Moore responded to this concern by saying “Atlanta, we’re better together than we are apart. And we are together, and we all have the same concerns. What Buckhead wants is a valuable lesson for all of us. They want the city to be safer, and I would be ready to get started on that on day one.” If Buckhead became a city, it would have its own schools, police department, and government. Its tax dollars would go toward its own city, its own area, and not the whole of Atlanta. However, Buckhead is one of the richest sections of the city, and this separation would cause the rest of the city of Atlanta to lose a large part of the money that would otherwise go toward the school system, police departments, and government of Atlanta.

Dickens will take office in January and serve for the next four years, where he will have the option to run for re-election.