We shouldn’t surrender civil liberties to end the pandemic 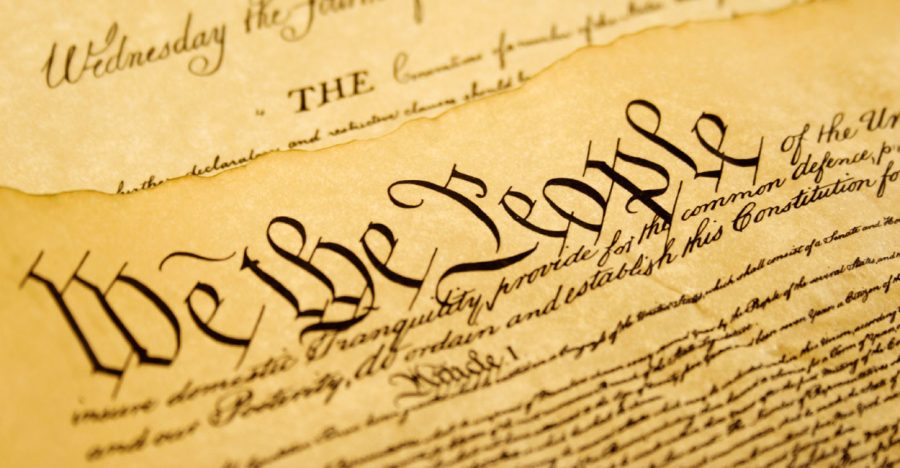 I’m sure everyone’s seen images and videos of COVID-19 protests over the past few weeks. Large Confederate battle flag regalia and bright yellow “Don’t Tread on Me” T-shirts dotted the crowds in states like Michigan, where hundreds of people took to the streets to protest Governor Gretchen Whitmer’s stay at home orders. Similar scenes manifested in other states with related policies, especially those that closed religious places of worship. Signs at these gatherings usually bore allegations that—generally Democratic—elected officials were engaged in restricting people’s American liberties, and whenever I see these allegations, I think of previous, actual instances of our liberties being trampled upon. Whenever I see these allegations, I think of how this outcry didn’t exist when the unconstitutional privacy violations of the early 2000s were passed, and so whenever I see these allegations, I fear that this pandemic might pave the way for further, unopposed governmental surveillance.

One day I opened one of my college group chats to an ongoing argument over whether America should engage in a state-run operation to track its citizens in order to discover whether they were breaking quarantine or not. One kid had cited the success of countries such as South Korea in containing the spread of the virus through this method, and others were agreeing, yet all I could imagine was a similar situation to the aftermath of 9/11.

During this time, President George W. Bush signed the Patriot Act and the Protect America Act and created the Department of Homeland Security. The Patriot Act especially dismantled Americans’ abilities to challenge governmental surveillance in court and helped expand the government’s abilities to spy on its citizens. This, in effect, violated the Fourth Amendment, which prohibits unlawful searches and seizures, but the legislation was still passed without much criticism under the pretext of curbing future terror attacks. Through using national safety as a justification, Bush laid the infrastructure for future similar programs, and even after two decades went by and the threat of terror has decreased considerably, these programs still remain in effect, persisting way beyond their intended shelf life and way outdoing their intended purpose.

We know this because the American populace was once again made aware of the government’s widespread methods of surveillance when Edward Snowden leaked the existence of the National Security Agency’s PRISM program. This program acquired information from internet companies and expanded the collection of the information that happened under the Patriot Act. If it weren’t for the work of Edward Snowden, this program would still be secret.

Americans never voted for PRISM to be put into place; neither did their representatives. This stresses the fact that surrendering liberties in any way can lead to a cascade of additional infringements of our rights. This infrastructure, set into place for the sake of keeping us safer, could also be used to suppress free speech under a more nefarious government, and while this may seem unlikely to happen in this nation, it is worth realizing that previous administrations have successfully passed legislation that criminalized antiwar speech. President Woodrow Wilson, for instance, signed the Sedition Act of 1918, which made it illegal to express an opinion that went against the current war effort. Under wide-ranging internet and telecommunication monitoring programs, a similar piece of legislation could have a much more severe impact.

Voluntarily submitting our location information to the government would be another step up from the current systems we have in place. Losing that encryption on our mobile phones and establishing a neverending feed of every American’s movements would have catastrophic permanent impacts, even if the surveillance is only intended to be temporary. Just thinking back to any act of resistance in this nation’s history can reveal why surveillance of this magnitude would be devastating. The Vietnam War protests and the Civil Rights Movement both were targeted by the FBI and COINTELPRO under the Nixon administration, but if location tracking were to exist at that time, then these movements could have been much more easily suppressed. Even in just our daily lives, in states like Georgia where access to abortion is heavily restricted, imagine if the government could track whether women were leaving the state to undergo the procedure, which is illegal under Georgia’s Heartbeat Bill.