Boys lacrosse comes together as team 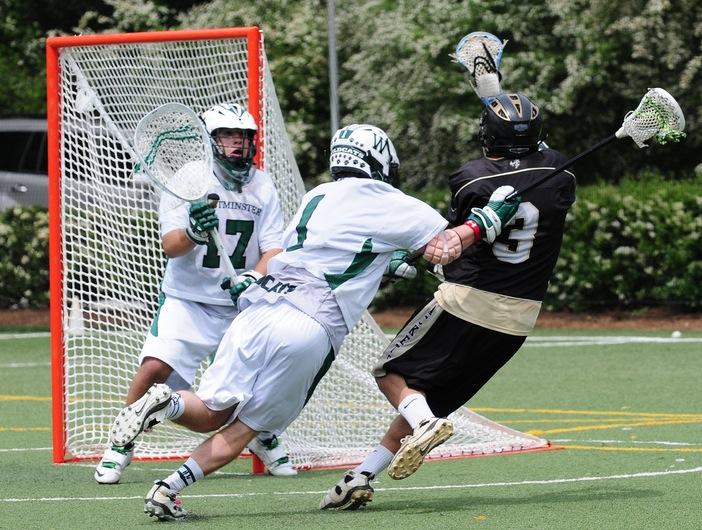 The boys lacrosse team has battled this season, facing some of the toughest opponents in its own classification, A-AAAA , and the state’s higher classification, AAAAA. The Wildcats have already played Milton, the top team in AAAAA, and Lassiter, the 3rd ranked team in AAAAA. Although the Wildcats lost both of these games, they gained valuable experience and hope to grow from these losses.

“Against tough teams, we have had trouble finding an offensive identity”, said senior goalie Ned Zakas. “But we have grown collectively and come together as a team, and will hopefully peak at the right time before playoffs. Two of our four losses have come by strong 5A teams, Milton and Lassiter, who we won’t see in the playoffs. The other two have been close games against Lambert and Lovett.”

Currently the team sits at 12-4. Despite losing a lot of offensive firepower due to the graduation of last year’s seniors, including attackman Michael Thomas, who plays for Georgia Tech, the Wildcats have filled those gaps effectively and have relied on their stifling defense.

“Seniors Wilson Powell and Danny Catan are the best defensive tandem in the state”, said head coach Tony Souza. “Then we’ve got Ned [Zakas] in the goal, I think that group is the strongest group that we have.” Though the Wildcats are anchored by their stalwart defense, there is much to be said about the threatening offense.

“We lost a lot of returning offensive players from last year”, said Zakas, “but returning senior captain Shelton Collier is leading a young attack with Read Ziegler (sophomore) and Trip Wray (freshman). We also saw a huge loss in midfield but senior captain Kevin Doran and senior Kennon Stockwell are filling in the offensive gaps.”

This year’s team is notable for the number of young players receiving playing time.

“We’ve had a lot of young guys play”, said Souza. “We kept 4 freshman this year, for the first time ever. Charlie Trence and Trip Wray start, while Cole [Haverty] and Harrison Fiveash get a lot of action. Sophomores Michael Taylor and Reid Ziegler are also in the mix, so we have a lot of young guys contributing.”

While the team relies heavily on production from underclassman, the seniors play a crucial role in helping the team coalesce.

The Wildcats are confident that their team chemistry will help them as they transition from the end of the regular season to the playoffs. Currently, the Wildcats are ranked number four in state, ahead of Lovett, but behind Chattahoochee, Pope, and Lambert, respectively. In the grand scheme of things, though, the state rankings do not matter. The team has only one region game left, versus Pope, who currently is first in the region.

“If we win our region, we set ourselves up to play Lambert in the semifinals”, said Souza. “If we lose our region, come in second, we would play Lovett in the quarterfinals.”

Both Lovett and Lambert would be tough games, but Lambert is the number one team and the perennial powerhouse. “Lambert is definitely our toughest competition”, said senior mid-fielder Andrew Steuer. “They are a pretty new school that will be and should be 5A, but since they are so new, they are in our division.” Either way, the team looks for support in their efforts to bring a state championship back to Westminster, which would be the second in three years.