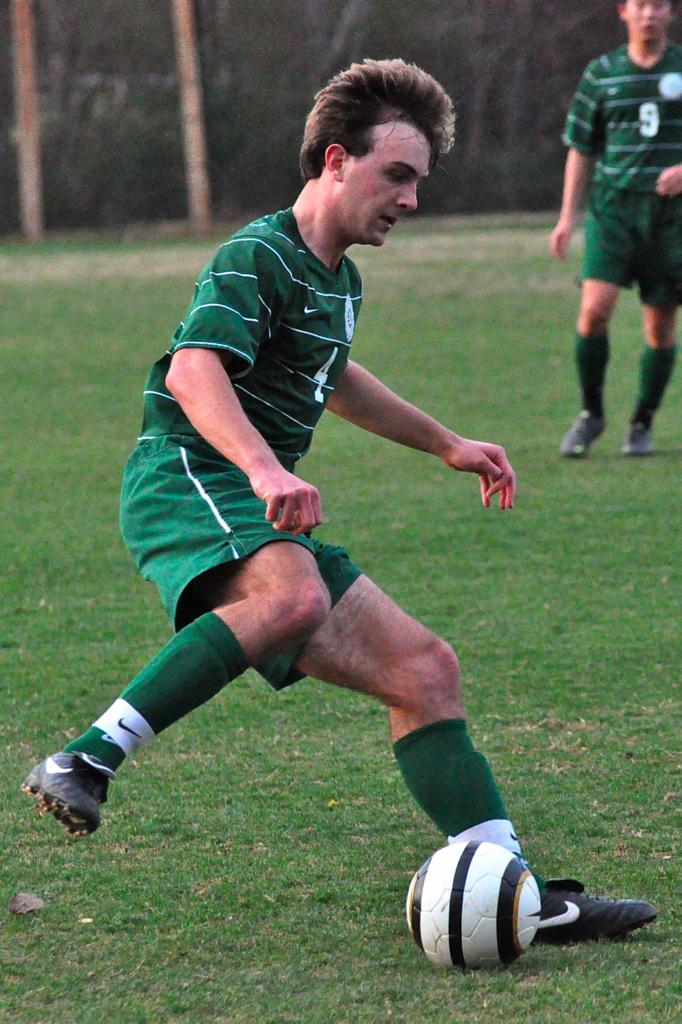 Fresh off of a loss to Greater Atlanta Christian, the boys soccer team rebounded and clinched a spot in State AA playoffs thanks to its victory in the final regular season game against Buford. The team has gained momentum as the challenge of repeating as state champions looms. The squad, led by head coach Scott Snyder and assistant coaches Kyle Bachmeier, Kyle Garcia ’03, and Clay Rolader ’72, has posted an 11-5-1 record thus far.

This year the team has made sure that the mindset of each player is focused on winning the state title as reigning champions and not concentrating on last year’s win. Although the team is composed of several returning players, including senior captains Joshua Bennett, Andrew Freschi, Chandler Gay, and junior defender Harrison Butker, it also lost key players to graduation, such as Robbie Greenfield (Michigan), Tyler Hilliard (Syracuse), and Jack Kidd (Trinity).

This year, the squad fought to reload instead of rebuild following the loss of its talented triumvirate. The team added two new starters–freshmen Aaron Shaw and Trey Blasingame–and key contributors, such as junior Marshall Glover and freshmen Justin Greenfield and Brian Nam.

“I think we have responded well [to losing last year’s seniors],” said Snyder. “Losing those players obviously created new opportunities for younger players to step up, and while we are learning, we are doing well.”

“We have had to put people in different places, and it has been different every game,” said Freschi. “They have helped a lot.”

Overall, the Cats have had a season full of trials and triumphs. Some of the most important games were the 2-1 victory over Notre Dame, the 1-0 victory over Lovett, the tough 2-3 loss to East Hamilton, the tie with Walton, and the 1-0 loss to Blessed Trinity.

The tie with Walton and the losses to East Hamilton and Blessed Trinity “really seemed to be turning points for us during the season,” said sophomore Michael Moulton. “We always bounced back after each of them.”

While the Cats maintain their rivalry with Lovett, the most important game this year was against Notre Dame in the Bob Sims Invitational. It pitted Snyder against his former team, and at the end of regulation, the score was tied at 1-1. However, the Cats managed to pull out a victory in penalty kicks to win, 2-1.

In the penultimate game of the regular season, the Cats faced off against the GAC Spartans, their opponents in the state title game last year. Although the Cats generally outplayed the Spartans on both sides of the ball, the Spartans squeaked out with a 2-1 victory that assured the Cats of nothing higher than a third seed in the state playoffs.

“I feel like the GAC game last weekend will turn out to have been a pivotal game for us heading into the playoffs,” said Moulton. “We definitely outplayed them, and we had a lot of guys start to step up their games.”

Although the current team does not boast the record that the 2011 team had, they have persevered through a difficult schedule and have managed wrap up the third seed in the state playoffs as the regular season ends. The team has faced powerhouses such as Walton, Starr’s Mill, and perennial contender Blessed Trinity in order to prepare themselves for the challenges that the state playoffs present. And with the third seed secured and first round match up against Carver-Columbus, the team hopes to ride its momentum to a state title.

“I think we have a good team as a collective whole,” said Snyder. “When we get everything in sync we are a hard team to beat.”