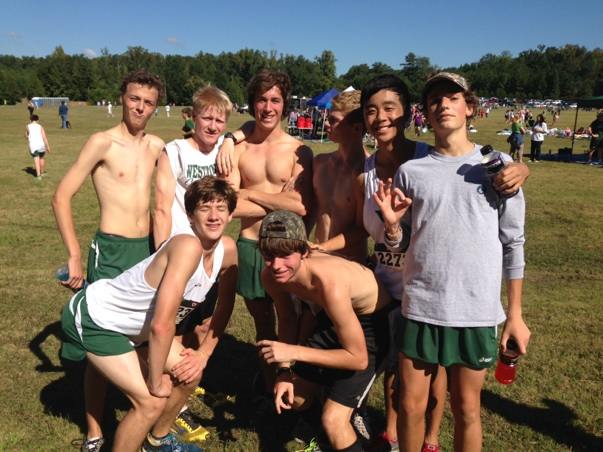 The boys’ cross country team has long been regarded as one of the most consistently successful teams at Westminster. Having won six straight state titles, the boys have a lot to live up to this season. Led by coaches Joe Tribble, Steve Fassino, Geoffrey Sudderth, and Sofia Walcott, and by senior captains Jack Bondurant, Austin Dhillon, Jordan Flowers, Charlie McKnight, and Harry O’Connor, the boys cross country team hopes to win their seventh straight state title.

After a fourteenth place finish at the Carrollton Invitational, the Wildcats were pleased with their improved times from last year’s meet. With an average time of ­­­­­18:00.08, the boys ran well, with senior Jordan Flowers finishing first for Westminster and 35th overall. It is important to note that while a fourteenth place finish may sound unimpressive, the Wildcats ran against teams not only from the AA division, but also from schools in divisions above Westminster’s that boast much larger student bodies.

On Sept 28, the boys cross country team placed sixth in the Aubrae Gunderson Invitational in Conyers. In this three-mile race, Flowers finished in ninth place with an impressive time of 16:06.31. Next up for the Wildcats was McKnight, who finished thity-first place overall. Seniors Kenji Tanaka, Austin Dhillon, and Jack Bondurant and junior Graham Huff finished in forty-eigth, fiftieth, fifty-third, and fifty-fourth places overall. They also finished within ten seconds of each other, setting an example of the grouping that Westminster strives for.

“The team’s times for Carrolton this year versus last year reflect the fact that in comparison to last year, we have proven ourselves to be a stronger team,” said senior Trevor Henningson.

One of the factors that has led to the success of the runners is a technique called “grouping.” Grouping is a procedure in which the members of a team will run in groups instead of spreading out and running at their own paces. By staying together, individual runners can push the runners around them, decreasing times and helping runners. Through the practice of grouping, the team has begun to evolve and improve.

“To win a race, teams need to do two things: run fast and run together,” said senior Jon Giuliano. “If we run fast but don’t run in groups during a race, our opponents will fill the gaps between our runners, turning a good race into a failure.”

Another aspect that is improving on the boys’ cross country team is the leadership.  Coaches and captains guide the other runners to success in technique, strategy, and stamina, while maintaining a clear focus on the season as a whole. Captains serve as role models to the rest of the team, pushing them harder and harder every practice.

“We captains try to push the other runners by leading workouts and constantly encouraging our teammates to get up and lead, push the pace a little bit,” said senior captain Jack Bondurant.

In addition to the captains, the coaches also play an important role in the development of the team.

“The coaches make an environment where giving less than your best is unthinkable,” said junior Graham Huff. “With a combination of Coach Fassino’s speed, Coach Sudderth’s corrections on the little things we do wrong, and Coach Tribble’s attitude toward complete victory, they create a team where every single runner not only wants to give their best, but wants to achieve victory in every possible sense.”

With the dedication that the coaches and captains demand, it is hard to imagine the boys’ cross country team achieving anything less than victory. As they continue to train, their minds hone in on each individual meet as well as the state championship.

“We’re averaging markedly faster (times) than last year,” said senior Kenji Tanaka. “With our characteristic grouping, I think we are poised to win state yet again.”

As the Wildcats headed into the second half of their season, they turned their attention to their next meet, the Wendy’s Invitational. The meet was in Charlotte, North Carolina, and the Wildcats produced another strong showing, despite facing competition from other, higher divisions.

With a little less than a month left in the season, the team continues to train intensely and hopes for more success at state.

“We’re preparing vigourously and want to perform well at the upcoming meets,” said Flowers.  “However, our main focus is on claiming another championship.”