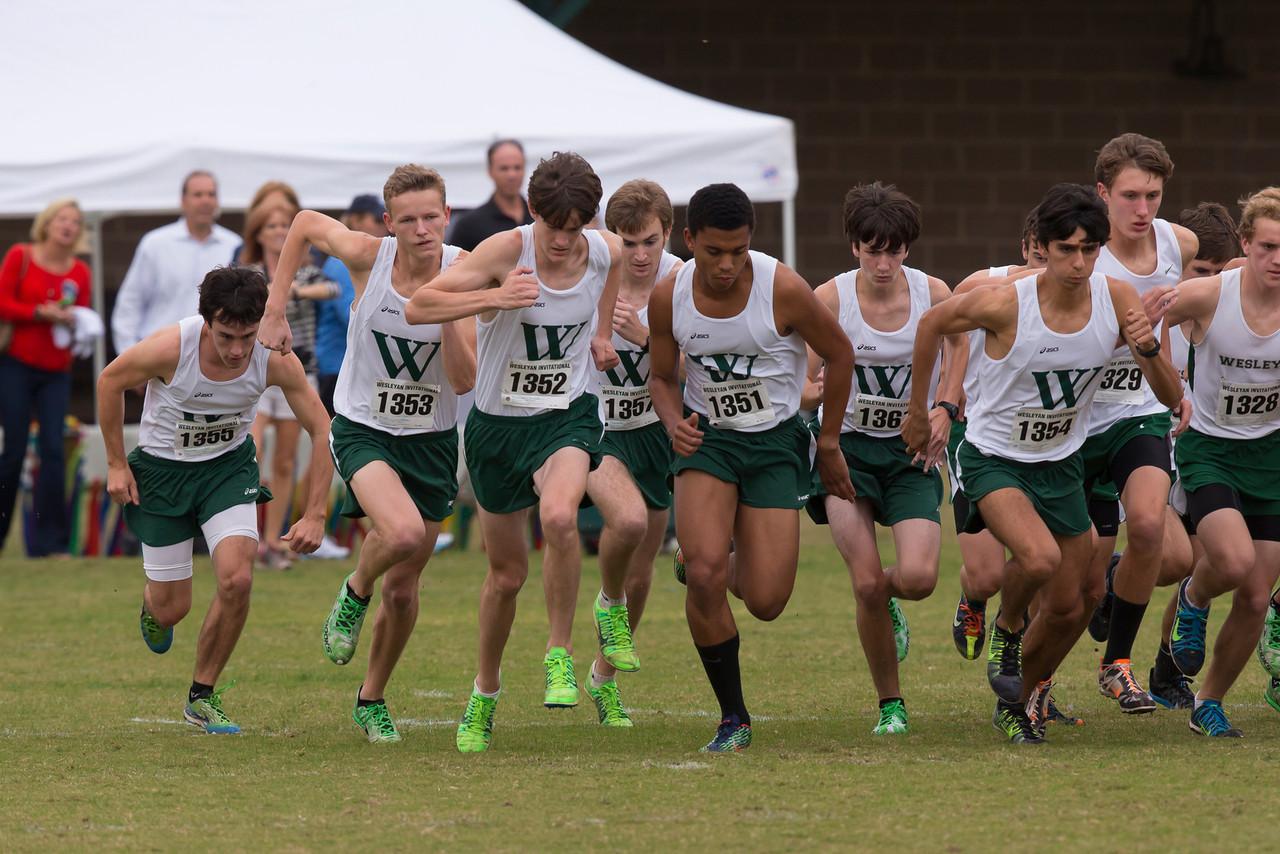 As the fall athletic season comes to an end the varsity boys have their minds set on one common goal: winning state. Running to victory in November would heighten the program’s prestige of dominance by giving them back-to-back championship titles and a twenty-fifth state championship, and after taking the region title this past week, their chances appear very likely. Like every season, this team’s success is predicated on strong team chemistry, excellent coaches, and fast runners.

The Wildcats have never had trouble in the coaching department that has been led by the iconic Joe Tribble since 1988.  In Coach Tribble’s 26 years as head coach he has built a program of dominance. With 21 state titles, a ten-year state championship streak, which is the longest in GHSA history for any male sport, and numerous accolades from the Atlanta Track Club, GHSA, and National Federation of Interscholastic Coaches Association, there is no doubt that Tribble is simply one of the best to come through Westminster, the state, and the country.

“Coach Tribble is the stitching that holds together the fabric of the team,” said junior Tyler Means. “He is the vehicle through which victory is accomplished.”
Building on a tremendous coaching staff that consists of Tribble, Geoffrey Sudderth, and Sofia Walcott, the team added collegiate cross-country runner Steve Fassino to the program this season.  Fassino ran cross country for four years at the Dividion I collegiate level for the Tennessee Volunteers. Besides running his whole life, Fassino’s time spent at the college level has provided him with high levels of understanding and skill in running that he relays to the Westminster team.

Fassino believes that the most important part of running is learning for life, not winning.

“Winning is obviously important,” said Fassino, “but there can only be one winner in any race. My goal as a runner personally and for the athletes is to teach them how to handle adversity and be responsible. I learned the importance of consistency and hard work at Tennessee. I try to use that to teach these guys that no matter what theconditions you have to give your all, whether it be running or anything in life.”

Fassino’s outlooks on running is nothing new to the team, which is why he has earned respect with such ease among the runners. Whether they be the top-10 state runners or the back of pack runners, everyone on the teams invests in hard work to achieve the team’s goals and the Wildcats are able to have such universal commitment because of their team chemistry.

“Everyone is close and Fassino definitely helps,” said senior Michael Willis. “There have been miles where he is up with the leaders, slows down, tells 10 people to start running and gets back up to the front successfully with them. The team’s strength is work ethic, we have good chemistry, but at the end of the day we know practice will be hard.”

Fassino also places great emphasis on bonding between teammates. He learned at Tennessee that the bond starts with the seniors.

“At Tennessee, having strong senior role models as a freshman really set the tone for me, showed me how to be a good runner,” said Fassino, “and these seniors are strong leaders that bring the team together. The team definitely has the will and the seniors really help with that.”

The class of 2014’s runners have won a state title every year they have been on the team. Having been left a legacy like that, they have definitely worked to continue the dominance by facilitating a unified and focused team. Grounded in the 2013 captains, Austin Dhillon, Jordan Flowers, Charlie McKnight, and Harry O’Connor, this senior class has created a great team atmosphere and helped put the team in a position to win it all.

“The captains really demand work ethic from everyone but they are fun too,” said Willis. “I always have a good laugh at practice.”

Heading into the region and state meets the Cats have everything they need to win; strong coaching, strong chemistry and work ethic, and excellent runners. With at least one top-ten runner setting a personal record in every meet this season, the team definitely has the talent and potential to bring home a title, they just have to perform when it counts.

The veteran, Coach Tribble, who has certainly seen a wide array of talent on his own team and on opposing teams, had nothing but confidence for his team.
“If we do our jobs we will win. That is it.”