Wildcat athletes will continue to compete in college 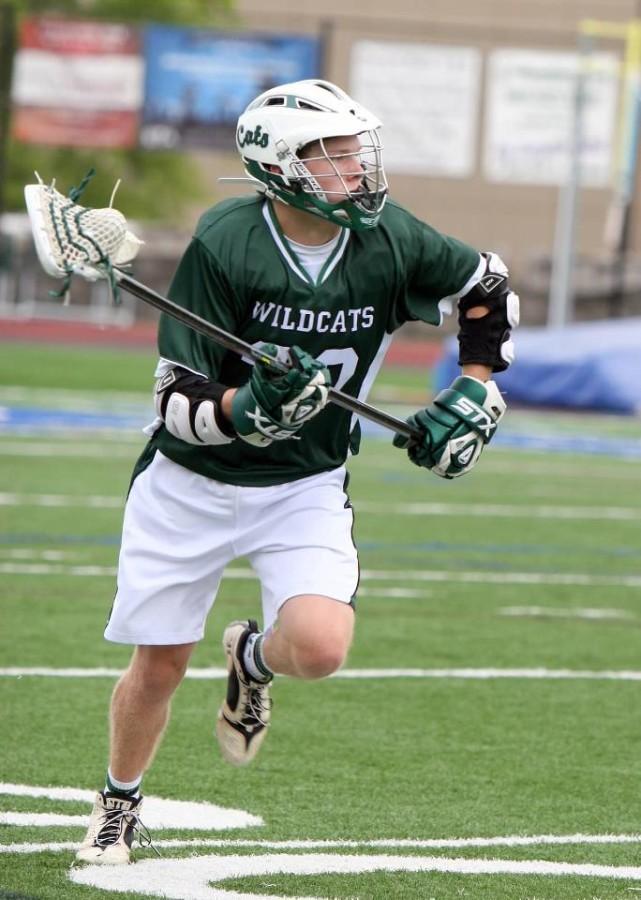 Several Westminster athletes have committed to playing college athletics at universities around the country. Getting accepted as an athlete is quite an honor, because scouts carefully examine every qualifying candidate for their team in order to maximize their college’s athletic success over the next half-decade. Despite vague rules pertaining to the age at which coaches are able to contact prospective athletes, coaches and scouts find a way to hone in on certain candidates for their programs, and the recruiting process is increasingly aimed at younger and younger student athletes.

“It felt good to know that there were coaches interested in me,” said senior Notre Dame lacrosse recruit Charlie Trense. “When schools that were on my list began showing interest in me, that’s when I really knew that I was going to get a chance to play in college.”

Learning that you will be recruited as a college athlete is truly a life-changing moment. However, despite committing as a sophomore, Trense believes the recruiting program is “out of control.”

“I think it’s better for juniors and seniors in high school to be deciding their college future rather than freshmen and sophomores,” said Trense.

“You can’t really tell how a kid is going to turn out by their freshman and sophomore year,“ said varsity lacrosse coach Tony Souza.

Senior Mason Rooney, who was recruited in the tenth grade to play volley-ball at Davidson, remains grateful for her amazing opportunity.

“I’m very thankful that I can continue to play volleyball in college, but I’m mostly thankful that I couldn’t have chosen a better fitting school for myself,” said Rooney. “It feels great to know that I already know where I’m going!”

Although the recruiting process is beneficial in principle, allowing student athletes to achieve their dreams of playing sports in college, it has its flaws.

“The process also leaves some kids out,” said Rooney. “The early recruiting doesn’t take into account the slower developing athletes who don’t get looks until many of the spots are gone.”

Even though the recruiting process has the potential to be unfair, it’s great for athletes to know they have been rewarded for their hard work.

“It always helps kids get into colleges they wouldn’t normally get in to,” said Souza.

According to Souza, sports not only allow students to accomplish their academic goals, but they also add some additional excitement to the college experience.

“I knew when I visited Davidson that it was everything I wanted in college,” said Rooney.

Volleyball helped Rooney get in to a school that she might have otherwise had much more competition getting into through the regular application process.

“It takes some stress off of you athletically and academically to be committed, but at the same time, it puts a target on your back,” said Trense.

“Until the NCAA does something to regulate it better, the recruiting timeline is just going to move earlier and earlier.”

Unfortunately, early acceptance to a college tempts some student athletes to slack off for the rest of high school.

“I’ve seen kids who get in and slack off, and I’ve also seen kids who work harder because they want to prove themselves,” said Souza.

“I made an Excel spreadsheet with Dartmouth, Notre Dame, Harvard, and Princeton, my four choices, on it with about 40 different categories,” said Trense. “The categories ranged from academics, the lacrosse program prestige, and location to my ability to play early, the facilities, the guys on the team, each of the coaches, etc. I then weighted each category and ultimately chose Notre Dame. It was a very tough decision, but I had had the ND offer for about four months and didn’t want them to move on to the next guy. I’m pretty firm in my decision to go to Notre Dame right now. I did some pretty extensive research when I was deciding, and I am happy in my decision. Something drastic would have to happen for me to change my mind.”

“I’m so glad Charlie ended up at Notre Dame,” said Souza., “He couldn’t have done better. I think the fit with Notre Dame is perfect.”