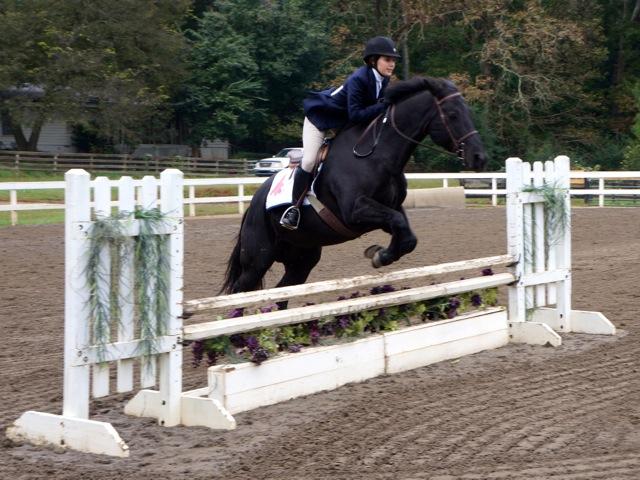 “We have an equestrian team?” said junior Davis Conway. Amazingly, a number of students responded similarly despite the fact that Westminster actually had stables on campus for many years, until they were taken down in the 1980’s to make way for a soccer field.

Westminster’s equestrian team is coached by Betsy Aliffi, who has been a community coach for the team since its inception in 2009. Aliffi brings her lifelong love of horses and the intricacies of the sport to Westminster’s enthusiastic group of equestrians as they compete in interscholastic events throughout the southeast. While Aliffi is not connected to Westminster other than through the team, her dedication to the success of the equestrian team has made a huge difference as she works diligently to help the Barn-Cats train and compete to the best of their ability. This year’s team has also added Middle School teacher Kendall O’Connor to the coaching staff. Additionally, the team appreciates the steady support of assistant headmaster Scoot Dimon who Aliffi says “has been a great friend and advocate of ours for years.”

“The team practices out of The Atlanta Hunt Club, one of the top show barns in the Southeast,” said Aliffi. “Typically we have 20 members total and they are required to practice with the team two times a month and are expected to ride two times a week above and beyond the team practices.”

Although equestrian is sanctioned by both the NCAA and the International Olympic Committee, it is not yet recognized by the GHSA as a varsity sport so is considered a club sport at Westminster. The team competes through the Interscholastic Equestrian Association, a national association started by Westminster alumna Roxanne Lawrence.

“The IEA organization mirrors the Intercollegiate Horse Show Association,” said Aliffi, “which has grown from its beginning in 1967 to almost 400 member colleges and universities in 45 states and Canada.”

Equestrian is a unique sport in that it requires the rider to effectively manage a horse in order to compete. To do this well, the riders must put in numerous hours of time learning about horses, something not many people get the chance to do.

This requirement that the rider not use his or her own horse complicates things a bit as each horse has its own unique temperament which the rider must adjust to in order to compete.

“The rider usually does not know how the horse is going to act,” said junior Yoko Tanaka. “As a result, the riders are judged based on how they are judged on equitation, which is how the rider rides, basically. In simplest terms, the judge is looking at the rider, not the horse.”

This adjustment is unlike anything seen in other sports at Westminster as the riders cannot prepare for the most important aspect of their competition until minutes before they perform.

Like every other team at Westminster, the equestrian team aims for post-season success, but for equestrian this does not end with a state title.  Every year, the goal for the Barn Cats is to make it to the IEA’s National competition in April.

“The first round of final competition is regionals, where we represent a section of Georgia. Then, if the team qualifies, it will advance to zones. A zone represents a section of the United States. Georgia is in zone 4 along with most of the southeastern states,” said Warren. “After zones is nationals. Nationals is the final stage of competition in which the teams from all over the country compete for national rankings. So we do not have a state championship, but we do have the opportunity to make national rankings.”

Just like other teams, the Westminster riders compete in many local tournaments throughout the year leading up to post-season competition, but instead of a state championship, the Barn-Cats vie for regional and then national titles.

Aliffi believes that this year’s team will contribute to Westminster’s proud tradition and continue its recent success. The riders are well prepared for competition at both the middle and high school levels, as demonstrated by their strong showing at the Jungle Jam Cat V, which was held in October at the Georgia International Horse Park in Conyers, GA.

“Westminster has competed and been extremely competitive since 2009,” said Aliffi. “This year the middle school has already qualified for the regional finals, as well as many of the individual riders, and with a few shows left, the high school team is in need of five points to qualify.”

Since the team’s inception in 2009, at least one Westminster rider has gone to Nationals each year, so success is nothing new to Aliffi and the Westminster Barn-Cats.

Aliffi encourages all Westminster students to learn more about the equestrian team.           “Every year we have new team members that we love having, especially at the Middle School level so we can have riders all through Middle and High school,” said Aliffi. “All interested students are encouraged to try out for the team!  We want and need riders at all levels. “